Hands-on with OnLive Desktop Plus, the latest way to watch Flash videos on the iPad 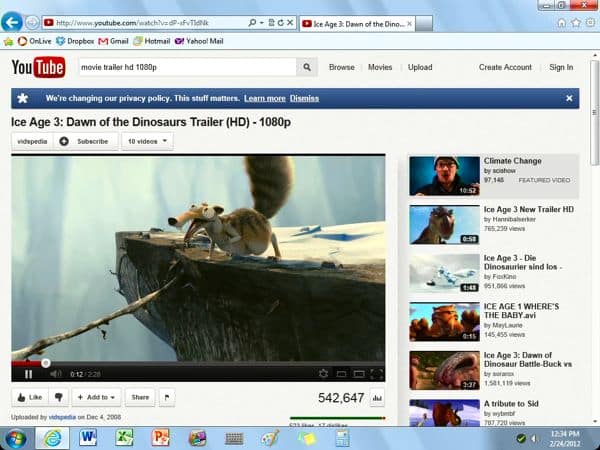 There’s already a $5 app that lets you play Flash videos on the otherwise Flash-less iPad, but now there’s a new game in town: OnLive Desktop, the clever new service that “streams” Windows 7 to the iPad touchscreen. The catch? It ain’t so cheap.

First launched back in January, OnLive Desktop is a free service that gives you access to a full-on Windows 7 desktop—well, remote access, anyway.

As I described in my initial hands-on with OnLive Desktop, the system works by sending a live video stream of a Windows desktop that’s running in far-flung server warehouse. When you tap, say, the Windows Start menu on your iPad, your command is streamed instantly (or almost instantly; there is a slight but noticeable lag) to one of OnLive’s remote PCs.

The free version of OnLive Desktop is fairly limited; you only get access to the core Microsoft Office apps (Word, Excel, and PowerPoint), along with Windows Media Player, some system utilities, and 2 GB of storage.

Earlier this week, however, OnLive unveiled OnLive Desktop Plus, a new version of the service that adds full web browsing via Internet Explorer—including support for Flash, a feature that’s sorely missing on the iPhone and iPad.

I gave OnLive Desktop Plus a quick test drive, and came away fairly impressed. Yes, there’s still a slight delay between the time you tap a button on the OnLive-powered Internet Explorer browser and when something actually happens; that said, even the most Flash-happy sites I tried loaded smoothly and quickly, while the Flash videos I played on the desktop version of YouTube looked impressively sharp. Even a 1080p-quality movie trailer on YouTube (which can’t be fully rendered on the iPad’s not-quite-HD display, by the way) played with only a few slight hiccups.

Don’t forget, though, that the OnLive version of Internet Explorer is a full-fledged web browser, and a speedy one at that. Despite the tiny lag when typing a URL into the address bar or clicking a link, you’ll see web pages—even big ones, like the New York Times home page—load in a flash (no pun intended), often faster than they would on the iPad’s mobile Safari browser.

Nice, but there’s a catch: OnLive Desktop Plus will set you back five bucks a month.

That’s a fairly hefty price to pay just to watch Flash videos—especially considering how many Flash-heavy sites now boast mobile-optimized versions that work just fine on the iPad. Then again, you’re also getting Windows 7 and Microsoft Office in the bargain.

There is a cheaper alternative to OnLive Desktop: Skyfire, a third-party web browser for iPhone and iPad that’s also capable of playing Flash videos. Skyfire costs just $5 with no monthly fee, a bargain compared to what you’ll pay for, say, a year’s worth of OnLive Desktop Plus.

That said, the experience of watching Flash videos on Skyfire is somewhat clunkier than it is through OnLive. Instead of streaming just like they would on a desktop browser, Flash videos on Skyfire must load in a separate window, and you’ll often find yourself waiting for a half-minute or so for videos to begin playing. Again, though, we’re talking just $5, with no monthly subscription.

So, would you pay $5 a month for Windows 7 and Flash video on your iPad?