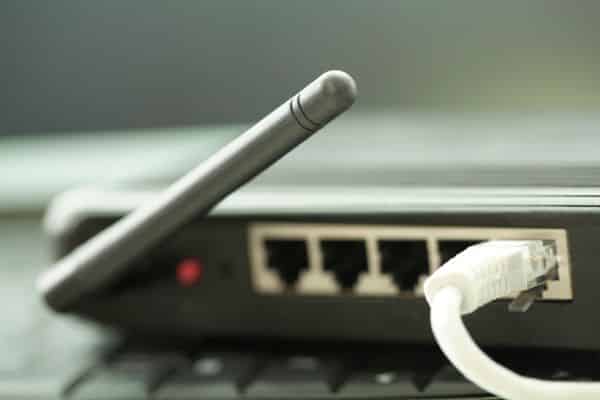 William writes: Actually, this question is for the benefit of my 84-year-old mother. She has DSL from Verizon, which came with a Westell modem/router. It is in the living room (connected by a cable) to her desktop computer. The problem is the wireless signal.

While it’s fine in most of her apartment, it’s a little weaker in her bedroom. (There are two walls and about 30 feet between her bedroom and the router). This wasn’t an issue until I got her an iPad for her birthday. She really would like to do things like watch Netflix in her bedroom, but it’s often just a little too slow.

Is there anything I can do to boost/amplify the signal to make it more powerful?

Hi William! There are actually three things you could do to boost your home Wi-Fi signal, although I’m guessing my third suggestion will work the best in your mother’s particular case.

Option No. 1: Move your Wi-Fi router

If you’re not getting a good signal in one part of your house, try moving your router to another room—say, one that’s more centrally located, or at least closer to the room where you use your Wi-Fi-enabled gadgets the most.

Of course, the only problem with this advice is that your Wi-Fi router is usually tethered to your cable or DSL hookup, and most of us don’t have the luxury of cable outlets in every room.

That said, if you have a cable connection or phone line in your bedroom, you could try moving your modem and Wi-Fi-router there to see if that improves your overall reception.

Now, just moving your wireless router might not do the trick—but hey, it’s worth a try, especially if you’d rather not spend more money on additional gadgets.

Have you been using the same wireless router since the early oughts? If so, it might be time to pony up for a new model. A few years back, I swapped my aging Apple AirPort wireless base station for the then-latest version, and noticed an immediate uptick in performance.

You should be able to pick up a new Wi-Fi router for well under $100. (Apple’s AirPort Extreme is considerably pricier at about $180.) Also, make sure to get one with “dual-band” wireless—that is, two wireless radios rather than just one, which will help your Wi-Fi signal compete with nearby microwave ovens and cordless phones.

Unfortunately, William, a new router might not be an option for your mother, given that she’s been issued a combination modem/router by Verizon. In that case, I recommend that you…

Option No. 3: Try a wireless extender

These little gizmos look almost exactly the same as your standard wireless router—except that instead of creating a new Wi-Fi network, they extend the range of an existing one. Think of them as Wi-Fi repeaters, perfect for amplifying your home wireless signal from room to room.

A wireless extender is relatively easy to install; just place it in a room with a weak Wi-Fi signal, plug it into a power outlet, and the device should be able to detect and boost your signal with a minimum of fuss. Got a big house? Try placing two or more Wi-Fi extenders strategically throughout your home.

Expect to pay less than $100 for a PC-compatible wireless extender; Mac users, meanwhile, can snap up Apple’s $99 AirPort Express router, which doubles as a wireless repeater.

Hope this helps, William—please check back with us and let us know how it goes!