Will my Wi-Fi-only iPad work with a mobile 3G (or 4G) hotspot? (reader mail) 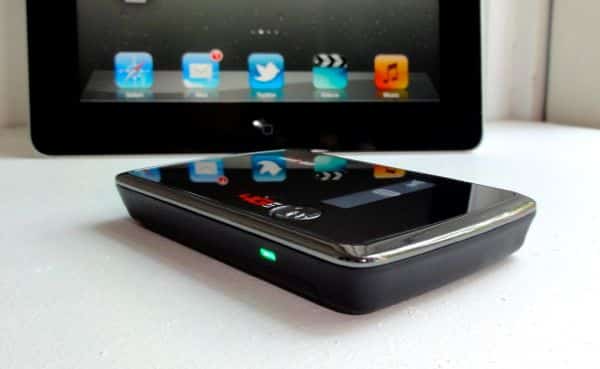 Ashley writes: I bought an iPad 2 with only Wi-Fi, and not 3G. If I were to buy a portable Wi-Fi hotspot, like a Mifi or another portable device from Verizon or AT&T, would I be able to access it from my iPad 2 although it doesn’t have a SIM card to access the 3G network? I thought that because the hotspot was sending a 3G signal, that for some reason the iPad wouldn’t accept the signal since it doesn’t have 3G.

Hello Ashley! Good question, and the short answer is yes—you can use a 3G or even 4G mobile hotspot with a Wi-Fi-only iPad. (Not sure what a mobile hotspot is? Click here for the scoop.)

How could a 3G/4G hotspot work with an iPad that doesn’t support 3G or 4G, you ask? Easy: because a mobile hotspot doesn’t actually send a 3G or 4G signal to your nearby gadgets.

Instead, it’s transmitting a garden-variety Wi-Fi signal—one that any Wi-Fi-enabled gadget (anything from an iPad to a laptop) can access.

Related: What’s the difference between 3G and 4G?

Let’s consider your home Wi-Fi network for a minute. Your Wi-Fi router probably gets its Internet connection from a wired cable modem, which in turn is connected to the cable sticking out of a living room or bedroom wall.

Your router then transmits that data over its built-in Wi-Fi antenna, and presto—you’ve got a home Wi-Fi network.

A mobile hotspot, on the other hand, grabs its Internet connection wirelessly, by tapping into cellular 3G or 4G data networks.

And instead of a cable modem, a mobile hotspot uses its own, built-in 3G/4G receiver, similar to those found in smartphones and 3G- or 4G-enabled tablets.

Once it locks onto a cellular 3G or 4G signal and starts receiving Internet data, the hotspot takes that data and sends it over a tiny, built-in Wi-Fi antenna—yes, pretty much like a home Wi-Fi router does.

At that point, you essentially have a personal Wi-Fi network—one that follows you wherever you go (as long as your mobile hotspot is up and running, of course) and one that works with any Wi-Fi-enabled laptop, desktop, portable game console, or tablet, including the Wi-Fi-only iPad.

Hope that clears things up, Ashley. Still have questions? Post ’em in the comments below, or click here for more articles about Wi-Fi and mobile hotspots.