Facebook tip: How to move a photo from one album to another 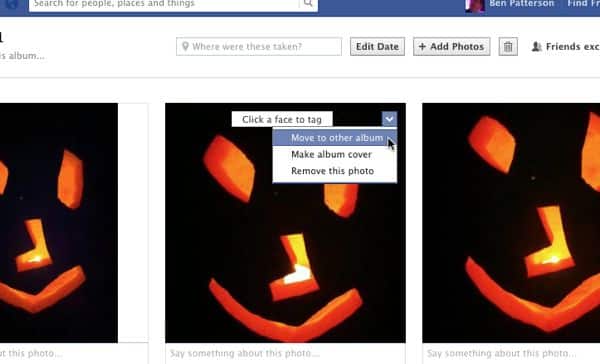 Want to rearrange the photos in your various Facebook photo albums? You can, of course, but the process is a bit more involved than you’d think.

Instead of clicking on a specific photo to move it to another album (an idea that makes perfect sense, right?), you’ll need to open the original album first and then edit the album, not the photo.

Moving a Facebook photo from one album to another is easy, once you know where to look.

Confused? Well, here’s how it works:

Also, keep in mind that you can only move photos that you uploaded yourself, not snapshots by Facebook friends in which you’ve been tagged.