Should I install Mountain Lion on my Mac now, or wait? (reader mail) 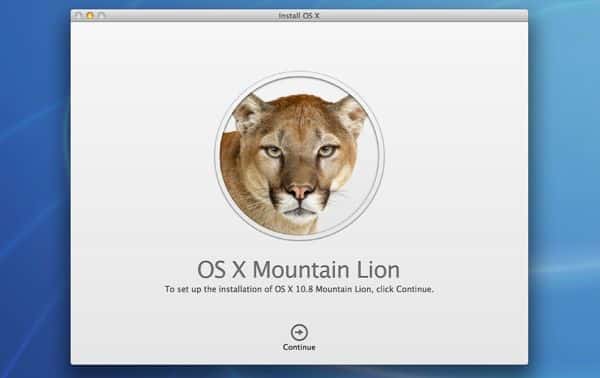 Joel writes: Hey Ben, I just read your tips on the Mountain Lion release. Should I go ahead and update my MacBook Pro ASAP or wait a couple of weeks for the initial bugs to be fixed?

Hi Joel! Yes, it’s pretty exciting when a new version of the Mac operating system arrives, and it’s tempting to jump in and indulge in all the new features—especially given the mere $19 price tag and the easy installation process. (I had Mountain Lion up and running on my iMac and MacBook Air in under an hour each, and with just a few clicks.)

But here’s the thing: any new OS release, Mountain Lion included, will arrive with its fair share of bugs and glitches.

Those various bugs, big and small, typically get patched with downloadable updates over the days, weeks, and even months after the initial launch.

Also, there’s a chance some of your existing applications—especially the older ones—may no longer work under Mountain Lion.

So, my short, official answer?

If you want to be absolutely sure your transition to Mountain Lion goes as smoothly as possible, wait a week or so until Apple irons out the kinks with a downloadable patch (the first of many, probably).

Update [8/23/12]: Well, Apple’s first “Mountain Lion” patch has just arrived. To download and install it, open the App Store application on your Mac, click the Updates tab at the top, then click the “Update” button that appears.

OK, but what if you can’t wait to install Mountain Lion? Will your Mac crash and burn from all the day-one bugs?

Well, I’ve already updated two of my three Macs with Mountain Lion, and so far, so good.

Not only have I not encountered any bugs, but my 2009-vintage iMac and Air both seem to be running a little smoother than they did under last year’s Lion update.

What about incompatible programs? Of the hundreds of applications I have installed on my two systems, only one—a three-year-old version of Parallels, a program that lets you run Mac and Windows programs at the same time—got flagged.

If you’re worried about a particular program, you can always search for it on RunningApps, a site that lists which apps run properly on Mountain Lion—and which don’t.

I also searched on Google for any Mountain Lion bugs that I hadn’t encountered yet, and came up with only a handful.

A community thread on tech site The Verge, for example, has posts from just five users, one of whom wrote in to note that he had yet to find any bugs.

Users of the QuickBooks 2012 for Mac accounting software are reporting some invoicing and credit-card problems, and there are some miscellaneous complaints on Apple’s Mountain Lion support forum. So far, though, there don’t seem to be any show-stoppers.

Of course, there’s no guarantee you won’t run into any problems, or that there won’t be a new Mountain Lion feature that you absolutely hate.

Also, keep in mind that downgrading from Mountain Lion back to plain-old Lion looks like a tricky process, at best.

In other words, look before you leap—and whatever you do, make sure to back up your Mac before you install Mountain Lion or any major system update.

Note: In an earlier version of this article, I suggested that it might be possible to downgrade from Mountain Lion to Lion by restoring a pre-Mountain Lion Time Machine backup; however, it appears downgrading to Lion would be a considerably more involved process. I’ve edited the tip to reflect this; apologies for any confusion.