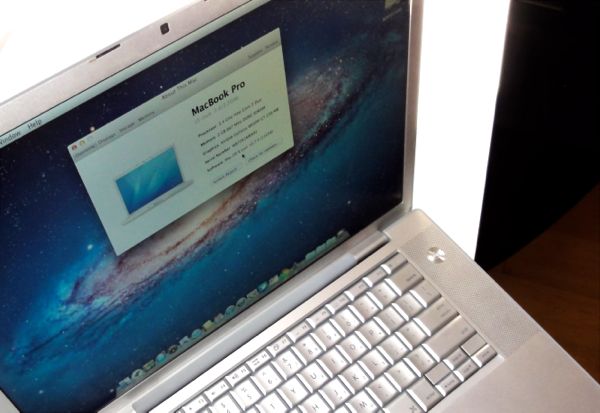 Celia writes: My girlfriend’s laptop has nearly breathed its last. As I’m too broke to purchase new, I was thinking of getting her a used Mac laptop as a replacement. Therein lies the dilemma. Where to buy? Who to trust? What should I look for? I would be grateful for any advice.

Hey Celia! So, in the market for a used MacBook? You can certainly save cash by going with a used Mac, but remember: you get what you pay for.

You’ll probably find the biggest savings by scouring the listings at eBay or Craigslist, but think twice before snapping up a “pre-owned” Mac (or any used PC, for that matter) from a private party—and if you ask me, you should never buy a second-hand laptop or desktop sight unseen, even if it’s dirt cheap.

After all, what good is a $100 MacBook if it up and dies in a week, taking your data along with it?

If you do decide to buy an older Mac from someone on eBay or Craigslist, take a test drive before plunking down your cash (tricky, if the seller isn’t in the same town as you are), and keep in mind that you likely won’t have the protection of a warranty.

Want more assurance that you won’t get stuck with a lemon? If so, consider a refurbished laptop, which will typically have a fresh battery, new components, and perhaps even a new shell.

Yes, a refurbished system will probably be pricier than a plain-old used one, but there will be fewer question marks in terms of reliability—and you may get some type of money-back guarantee or even a (brief) warranty in the bargain.

Apple sells refurbished iMacs and MacBooks for as cheap as $750 or so, and you can find refurbished MacBooks for even cheaper at Amazon (I found an older, white 13-inch MacBook for less than $400). You’ll probably find more refurbished Macs on sale at big-name electronics retailers if you look. Just make sure to check the seller’s warranty and return policy before you buy.

As far as specifications go, I’d suggest getting a Mac that’s capable of running Mountain Lion—the latest version of the Mac operating system.

Anything older, and you may end up with a system that’s so sluggish, it’s barely usable.

Most iMacs made since 2007 and the majority of MacBooks manufactured after late 2008 should support Mountain Lion, although the requirements vary depending on the specific system. (Click here for more.)

At the very least, I’d recommend getting a Mac with an Intel Core 2 Duo processor; an Intel Core i3, i5, or i7 chip is even better. Avoid older PowerPC processors altogether.

Also, shoot for a minimum of 2 GB of RAM—the internal memory your system uses for running programs and “core” computing chores. The more RAM your system has, the more digital duties it can handle at once, and the less often you’ll see that aggravating spinning beach ball.

Note: Is the used Mac you’re eyeing have less than 2GB of RAM? If so, keep in mind you can often add more RAM for a reasonable amount of cash. For example, you can double the memory of an old white MacBook from 1GB of RAM to 2GB for less than $40 (more if you want an expert to handle the installation).

Hope that helps, Celia, and best of luck!

Have more questions about what to look for in a used Mac or PC? Post ’em in the comments below.