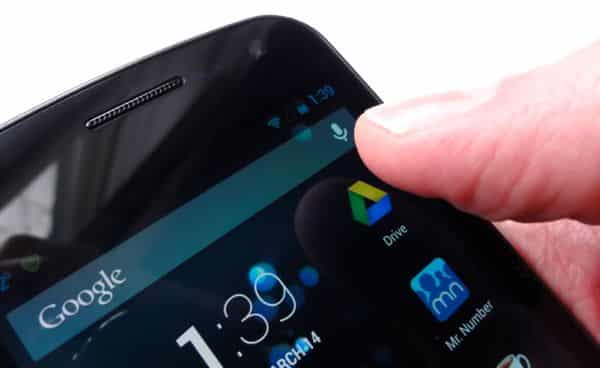 Need your Android phone to compose an email, get directions, scan a barcode, or even name a song—all with a bare minimum of taps?

Just speak into the microphone.

The latest version of Google search for Android—which, strictly speaking, is now part of a new Android app called “Google Now“—boasts a little microphone icon on the right side of the search box. 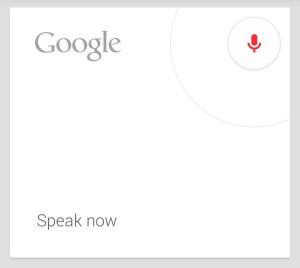 Tap the microphone in the Google search box, then speak a command.

Tap the icon, and you can speak your searches rather than type them.

Even better, though, you can also say voice commands—or “voice actions,” as Google calls them.

Speak the right command, and your Android phone can compose an email, scan a barcode, open an app, or even name the song that’s playing on the radio.

Want to know the name of a toe-tapping tune? Tap the microphone icon in the Google search box and ask, “What’s this song?”

Your Android phone will listen carefully for a few seconds—and if it comes up with a match, it’ll pop up on the screen, complete with a link to the Google Play music store. 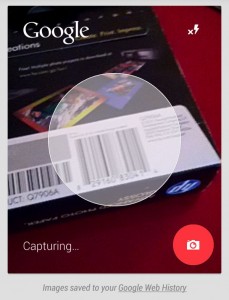 Say “scan a bar code,” then point your Android phone’s camera at a bar code or QR code.

Want to comparison shop at the grocery store, or wondering what’s the deal with the mysterious QR code on a billboard?

Just tap the microphone button, say “scan a barcode,” then point your phone’s camera at the barcode or QR code you’d like to scan.

Within moments, your phone will display product details, shopping results, or the web address that a QR code is pointing to.

Can’t remember the folder in which you stuffed, say, Flipboard, Gmail or Google Maps? No problem.

Tap the microphone button again, then say “Open Flipboard,” “Open Gmail,” or “Open” + the name of any app installed on your handset.

Your phone will think for a second, then fire up the app you asked it to open.

Want to write an email and send it in just a couple taps? Let’s try it.

After a moment or two, your phone will transcribe your words into a new mail message—and if all goes well, your last step will be to tap the “Send email” button. Want to edit the message? Just tap the body of the email. 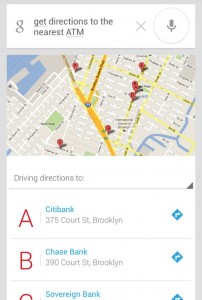 Need directions to the nearest ATM? Just speak into the microphone.

Need to find a nearby ATM, post office, or directions to the Empire State Building?

Tap the microphone and say (for example), “Get directions to the nearest ATM” (or just “Directions to ATM”).

In a few seconds, a series nearby ATMs marked on a map will pop up on the screen; tap one, and driving directions will appear.

You’re strolling down the sidewalk with your Android phone in your pocket when suddenly, it comes to you—a brilliant new invention, the name of the neighbor you just passed in the street, or the one thing you really need from the grocery store.

Once more, tap the microphone button in the Google search box, then say “Note to self: Our neighbor’s name is Ted.”

Your Android phone will send you an email with a transcription of your voice memo, plus an audio recording of your mobile musings.