Android tip: Say two magic “hotwords” to control your phone with your voice 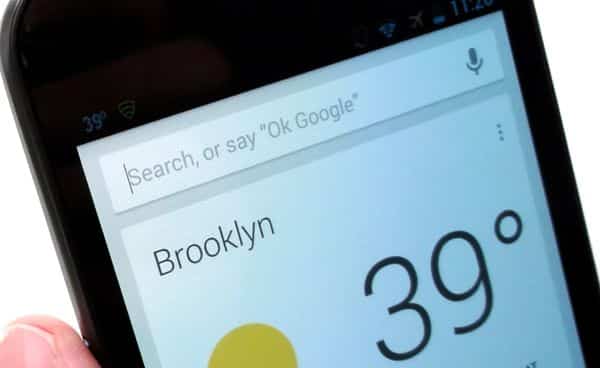 It just got a little easier to ask your Android phone to search the web, name a tune, open an app, get directions, and more—all with the power of speech.

Thanks to an updated version of Google Now, a speech-friendly digital assistant that’s packaged in the Google Search app, you can start barking voice commands at your phone with a minimum of taps.

Just launch the Google Search app (either by opening it from the Applications launcher, a home-screen shortcut, or by tapping the Google search box), and then say:

Once you do, Google Now will start listening for voice commands—anything from “what’s this song?” and “scan a barcode” to “send an email” or “note to self.”

Go ahead, try one—and you can check out more examples of Google Now voice commands (or voice “actions,” as Google calls them) right here.

Don’t want Google Now to be always listening for hotwords? No problem…

Got an Android phone running on Android version 4.4, a.k.a. “KitKat”? If so, you can say “OK Google” just about anytime you want, not just when Google Now is up and running. Want to disable the feature? Here’s how.