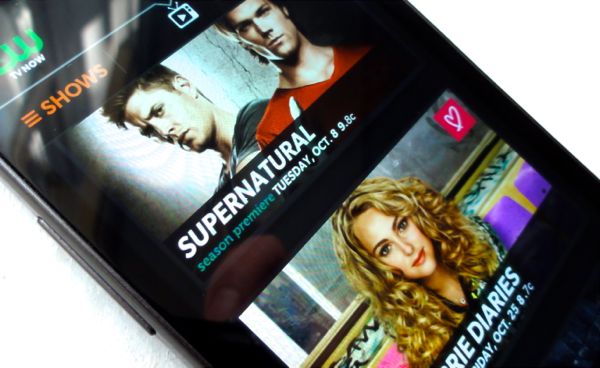 More and more broadcast and cable TV networks are offering Android apps with full streaming episodes of their most popular shows.

Not all of the biggest networks are on board yet, mind you. CBS, for example, has yet to launch an Android version of its streaming TV app for iOS, while Fox, TNT and TBS will only stream full episodes if you have an existing cable subscription. (Boo!)

That said, there’s still plenty of free network TV to be had for Android users, no subscription (cable or otherwise) required.

Two more caveats before we begin: First, we’re not (typically, anyway) talking complete seasons here; in general, expect a handful of the most recent full episodes.

Second: get ready to sit through plenty of unskippable commercials.

So, ready to tune in? Let’s start with…

ABC offers a particularly generous helping of shows through its slick streaming TV app, including full episodes of “Scandal,” “Modern Family,” “Once Upon a Time,” “Revenge,” “Grey’s Anatomy,” “Castle,” and “Nashville.”

Also on tap: Late-night and daytime shows like “Jimmy Kimmel Live” and “The View,” along with news programming like “20/20,” “Nightline,” and “This Week.”

Unfortunately, AMC’s streaming TV app doesn’t make it easy to find full episodes of shows like “Mad Men,” “The Walking Dead,” “The Killing,” and “Breaking Bad,” but you’ll find a handful if you look hard enough—and that’s assuming the app itself doesn’t crash, which it did several times on my Android phone. Prepare for frustration.

The CW’s easy-to-navigate TV app is among the prettiest and most bountiful of the bunch, with full episodes of shows like “The Vampire Diaries,” “The Carrie Diaries,” “Arrow,” “America’s Next Top Model,” “90210,” Gossip Girl,” “Beauty and the Beast,” and “Perfect Score.”

Lots of obscure and animated shows, but you’ll also find a few diamonds in the rough, including “The Walking Dead,” “Seinfeld,” “Damages,” “The Shield,” “The Dresden Files,” “Kidnapped,””News Radio,” and “Rescue Me.”

Many of the shows offered through Lifetime’s streaming TV app only feature clips rather than full episodes, but there are a few key exceptions, such as “Project Runway” and “Dance Moms.”

You’ll also find full episodes of such grim fare as “Killer Kids” and “I Killed my BFF,” along with a grab bag of tear-jerking and/or pulse-quickening Lifetime movies.

Note: This updated and revised tip was first published in November 2012. I’ve added five new apps (Watch ABC, AMC Mobile, A&E, History, and Lifetime) and removed one (TV.com, which has taken down most of its full TV episodes). I’ve also decided to leave out NBC’s buggy Android app, which (supposedly) features full TV episodes but crashes so often that it’s essentially unusable.