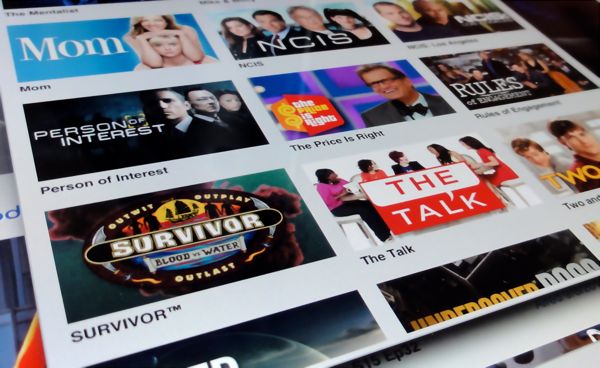 You don’t need a cable subscription—or any subscription, for that matter—to watch the latest episodes of shows like “Modern Family,” “The Vampire Diaries,” “Hoarders,” “Parks and Recreation,” “The Big Bang Theory,” and even “Top Gear” on your iPhone or iPad.

A growing number of broadcast and cable TV networks offer iOS apps that let you stream full episodes of their most recent shows, no strings attached.

Of course, the selection of shows you can watch is limited; for example, don’t expect a vast archive of old “Fantasy Island” or “Lost” episodes on ABC’s free iOS app. Instead, you’ll usually find only the most recent episodes of shows that are currently on the air.

Also, keep in mind that most of the apps listed below include non-skippable commercials with their full TV episodes: no fast-forwarding through the commercial breaks, which (at least) are typically no longer than 60 seconds or so.

The good news, though, is that these 10 TV apps for the iPad require nothing more than an Internet connection to work—in other words, no subscription fees (as with the Hulu and Netflix iPad apps, which cost $8 a month to use) and no need to “verify” that you’re a paying cable customer (as with the streaming TV apps for ESPN, Fox, and TNT).

You can also check out your viewing history and a weekly broadcast schedule, as well as pick up streaming TV shows from where you left off.

Get ready for commercials, though—lots of them, and no, you can’t skip ‘em.

Stream full episodes of such guilty reality pleasures as “Duck Dynasty,” “Hoarders,” “Storage Wars,” “Cold Case Files,” “Flip this House,” “Bad Ink,” and the sobering (depending on the episode, of course) “Intervention,” along with a couple dozen other shows.

Also included: A full A&E programming schedule, plus a queue for the episodes you want to watch next.

One of the last streaming-TV holdouts has finally come out with an iOS app, and it’s a nice one, complete with full episodes of shows like “The Big Bang Theory,” “Blue Bloods,” “Big Brother,” “CSI,” “Unforgettable,” “The Amazing Race,” “The Good Wife,”

Get ready for an odd assortment of shows, ranging from such modern classics as “The Shield,” “Damages,” and “Rescue Me” to vintage shows like “All in the Family” and “The Three Stooges.”

Missing in action: a history of the shows you’ve streamed, although the app will let you resume a show right where you left off.

Unfortunately, HGTV’s streaming TV app has clamped down on some of its most popular shows (such as “House Hunters,” “Selling New York,” and “Property Brothers”) unless you verify your cable subscription.

Luckily, there are still a few HGTV shows that you can stream without logging in, including “Brother vs. Brother,” “Color Splash,” “HGTV Star,” “My First Place,” “Selling L.A.,” “The High & Low,” and “Shop this Room.”

As with the (very similar) A&E iPad app, you can save favorite episodes in a DVR-like queue, as well as peruse History’s upcoming broadcast schedule.

The pickings are a bit slim when it comes to full episodes on Lifetime’s TV app, but there are a few choice shows, including “Project Runway,” “Devious Maids,” “I Killed My BFF,” “Killer Kids,”

Also, break out the hankies—we’ve got dozens of Lifetime movies on tap, ranging from “My Best Friend the Serial Killer” to “Sex & the Single Mom.”

The sleek NBC app boasts full episodes of prime-time shows like “The Voice,” “Community,” “Revolution,” “30 Rock,” “Parenthood,” “Parks and Recreation,” among others. Also on the list: full episodes of Leno and Jimmy Fallon, along with the daytime soap “Days of Our Lives.”

Dozens of popular and lesser-known shows are available on the PBS app for the iPad, including “American Masters,” “Antiques Roadshow,” “Frontline,” “Masterpiece Theatre” (or “Masterpiece,” as they’re now calling it), “Nature,” “Nova,” “PBS Newshour,” and “Washington Week.”

Sorry, no quizzes or photo galleries here, but there is a weekly programming guide, or you can sign in to create a list of your favorite shows or check your viewing history.

Best of all? No commercial breaks, although you’ll have to sit through a brief clip from a sponsor at the beginning of most episodes.

Note: This post (which was last updated back in January) now includes apps from CBS and Crackle.