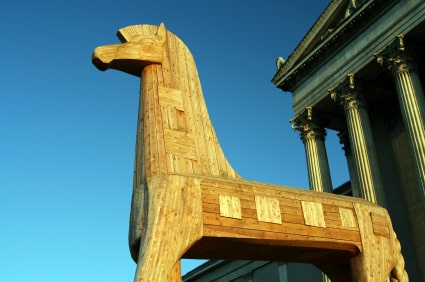 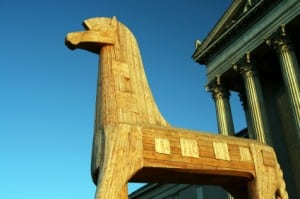 Attention, Mac users: Have you recently installed an anti-virus app called Mac Defender—or alternately, Mac Protector, or Mac Security? If so, you’ll want to scrub it off your system, pronto. Apple warned Tuesday that the program is a so-called “Trojan horse” intended to trick you into giving up your credit card numbers.

An upcoming Mac OS X software patch will zap Mac Defender if it’s already installed on your desktop or laptop, Apple says; in the meantime, here are the step-by-step instructions for wiping Mac Defender (or its malicious variants) off your hard drive.

The story behind the story: Word of the Mac Defender malware has actually been circulating for weeks now, and Apple had come under fire in the past several days for reportedly downplaying the threat. Indeed, ZDNet claims that Apple was (until recently, anyway) “denying any help to affected customers.” Computerworld has a handy summary of the saga and links to relevant articles right here.

Here’s the thing: Those random websites that pop up warnings about how your system needs virus protection? Avoid ’em at all costs; they’re usually trying to scam you.