New myTouch 4G Slide has “most advanced camera of any smartphone,” T-Mobile boasts 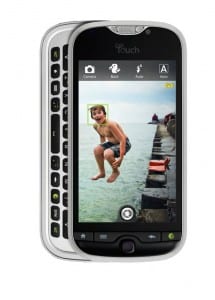 The best camera in any smartphone? That’s a bold statement, but T-Mobile seems pretty confident with its upcoming myTouch 4G Slide, an Android-powered smartphone with an 8-megapixel camera, a dual-LED flash, a “backside-illuminated” sensor (which moves the wiring and circuitry packed inside the tiny mobile image sensor out of the way of incoming light, resulting in brighter photos), and—perhaps best of all—no shutter lag, meaning pictures are (ideally, anyway) captured the moment you squeeze the trigger.

Sounds impressive, but the proof will be in the pudding—and that’ll have to wait until reviewers get a chance to put the myTouch 4G Slide’s camera through its paces.

This is My Next got a quick hands-on with the new MyTouch (on sale in July for $199 with a two-year T-Mobile contract), and while the bloggers praised the novel “continuous-record” feature that allows for the “zero lag” shutter performance, they also bemoaned the less-than-retina-quality resolution of the Slide’s 3.7-inch WVGA (800 by 480 pixel) display.

Other features on the myTouch 4G Slide include a full, slide-out QWERTY keypad, a “SweepShot” mode for taking panoramic images, the latest version of the Android operating system (2.2 “Gingerbread”), and a state-of-the-art dual-core processor (meaning two processors on one chip, good for faster and more efficient performance).