Can Logitech’s clip-on speaker pump up the iPad’s tinny sound? 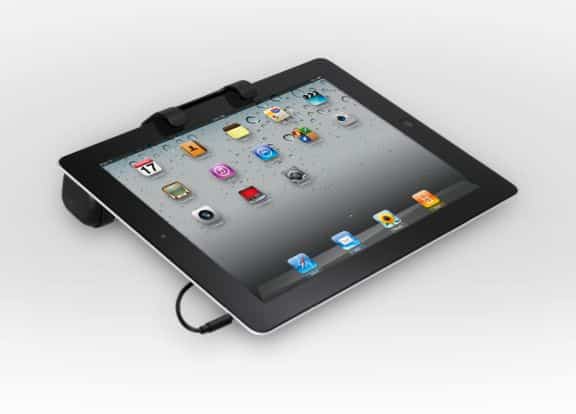 Tinny and not nearly loud enough: that’s pretty much how I’d describe the iPad 2’s iffy speaker, which barely cuts it when it comes to watching a movie or a TV show—even in the quietest of bedrooms, mind you.

Possible solution: a new clip-on tablet speaker ($49, available for pre-order) from Logitech, which boasts stereo speakers (bye-bye, monaural sound), eight hours of battery life (rechargable over a USB port), and a rubberized clip that’ll clamp onto the side of just about any tablet, including the iPad.

The speaker doubles as a tablet stand, Logitech claims (and just to be clear, I haven’t tried—or heard—the speaker in person yet), and it comes with a standard 3.5mm audio plug that connects to the iPad’s headset jack.

So, how does Logitech’s tablet speaker sound? Good question. I’ll let you know once I’ve given it a listen.