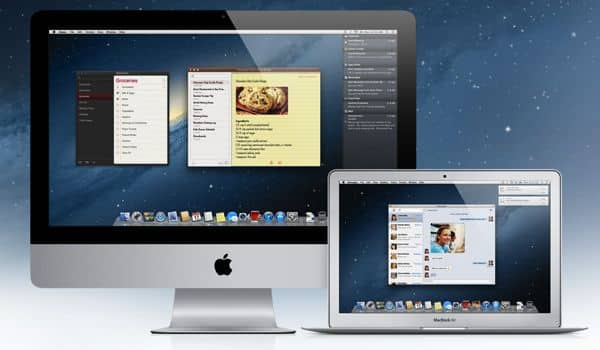 Hey, didn’t we all just upgrade our iMacs and MacBooks to OS X 10.7, a.k.a. “Lion”? Yep, we sure did—yet here’s Apple, already announcing a new version of the Mac operating system.

Dubbed “Mountain Lion,” the latest version of OS X promises to bring a slew of new productivity, sharing, and security features to your Mac, including a series of new apps that’ll look familiar to anyone who owns an iPhone. And yes, expect iCloud to take center stage with the coming update.

So, when do we need to start getting ready for Mountain Lion? How much will it cost, and which new features look most enticing? Read on for 8 things you need to know about Mountain Lion, stating with…

It’s coming this summer
Apple hasn’t set a firm release date yet for Mountain Lion, except to say that it’s “coming this summer”—just a year after the arrival of Mac OS X 10.7 “Lion.” There’s also no word on pricing yet, but I’m guessing it’ll cost somewhere in the neighborhood of $30—the same price tag as Lion. 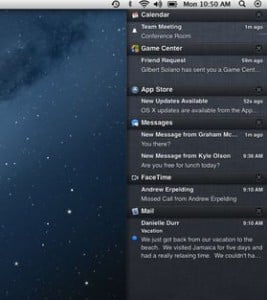 So, does the new Notification Center for Mac look familiar? It should, if you have an iPhone.

The iOS 5 Notifications Center is coming to the Mac
Remember how “Lion” made your Mac more like an iPhone or an iPad? Well, the trend continues with Mountain Lion, perhaps most dramatically with Notifications Center—a pane of alerts about incoming instant messages, event reminders, new email, and more, all in one place. Sound familiar? It should; Notifications Center was one of the biggest new features in iOS 5 for the iPhone, iPad, and iPod Touch.

You’ll be able to “mirror” your Mac’s display on your big-screen HDTV
If you have the latest iPhone or iPad and an Apple TV, you can already transmit your iDevice’s screen to your HDTV, no wires required. Dubbed “AirPlay Mirroring,” this handy feature will be coming to the Mac courtesy of Mountain Lion, perfect for showing everyone in your living room your Mac’s desktop, a Keynote presentation, or your latest iMovie creation.

You’ll be able to sign in to a new Mac with your iCloud ID
Got an iCloud account? If so, you’ll be able to use it to set up your next new iMac or MacBook once Mountain Lion arrives. The first time you fire up your new system, you’ll get a login page that’ll let you sign in with your iCloud ID and password. Once you’re logged in, your Mac will automatically download all your messages, contacts, calendars, documents, Safari bookmarks, and FaceTime video chat settings from iCloud. 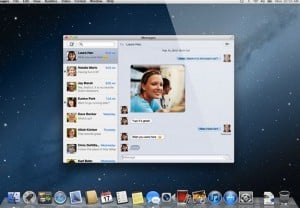 iMessages for the iPhone, iPad, and iPod Touch is coming soon to a Mac desktop near you.

Your Mac will be safer—hopefully—from viruses and “malware”
Thanks to a new feature called “Gatekeeper,” Apple promises that your Mac—which, up to now anyway, has been relatively safe from the viruses, Trojan horses, and other malicious nasties that plague Windows users—will be even safer from online threats. (The proof will be in the pudding, of course.)

You’ll be able to send iMessages from your desktop
iMessage, as iPhone 4S and iPad users know, is Apple’s answer to the text message; basically, it’s Apple’s own instant messaging service that lets you send text, photos, and even video clips from one iPhone, iPad, or iPod Touch to another. Up until now, iMessage has been restricted to iOS devices; starting with Mountain Lion, though, you’ll be able to send iMessages from your Mac’s desktop using the new Messages app (a beta of which you can download right now).

So, got questions about Mountain Lion? Post ’em in the comments below.