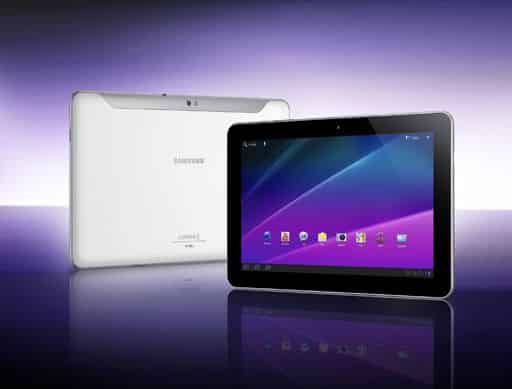 Boasting a roomy display, a slim profile and the tablet-friendly version of Google’s Android OS, Samsung’s new Galaxy Tab finally has a price—$499 for the 16GB version, or 32GB for $599—and a release date: June 17, with a single Best Buy store in Manhattan set to get early dibs on the sleek iPad competitor.

The new, 8.6mm-thick Galaxy Tab is a successor to last year’s 7-inch Tab, which marked the first big-name Android-powered tablet to hit the U.S. market.

I got the chance to check out the smaller Tab last fall and appreciated its overall look and performance, but the first Tab was saddled with an older version of Android that wasn’t optimized for tablets. The new Tab, however, comes armed with Android 3.1 “Honeycomb,” a revamped version of the Android OS designed with tablet-style menus and navigation, not to mention a handy multitasking bar with thumbnails for any apps that are running in the background. 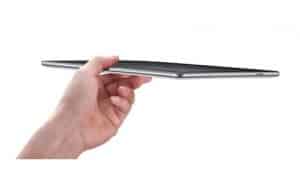 The 10.1-inch Tab also arrives with a dual-core, 1GHz Nvidia Tegra 2 processor under the hood, same as in Motorola’s Android-powered Xoom tablet and similar to the iPad 2’s speedy dual-core A5 processor. (The recent, mid-range HTC Flyer tablet, meanwhile, has only a single-core processor.)

Samsung claims only about 9 hours of battery life for the Tab on a single charge, or an hour less of juice than you’ll get on the iPad 2; on the other hand, the new Tab weighs in at just 1.25 pounds, or a hair lighter than the revamped 1.33-pound iPad.

Other features on the 10.1-inch Galaxy Tab include Samsung’s Media Hub for movie and TV show rentals and purchases; support for Flash videos; a three-megapixel camera capable of 1080p video recording in back; and a second 2MP lens in front for video chat. No GPS, although I’m guessing that forthcoming, 3G-enabled version of the Tab for the big U.S. carriers will come with GPS support. (Update: And yes, Verizon just announced its own 3G version of the 10.1-inch Tab—$529 for 16GB, $629 for 32GB, with pre-orders beginning June 8.)

While the new Tab won’t go on sale nationwide until June 17, die-hard early adopters can grab early units at a single Best Buy in Manhattan’s Union Square on June 8.

here’s the thing: The new, larger Galaxy Tab looks to be the slickest Android-based competitor to the iPad 2 yet, but I’m holding off on any final judgements until I get up close and personal with it.