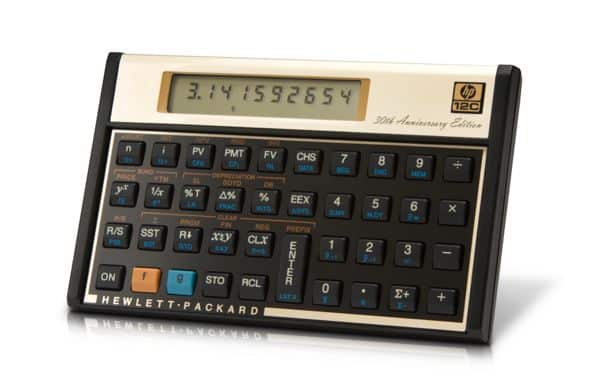 The year? 1981. Ronald Reagan was in office, CD players were a year away, and many of us still had rotary phones hanging from our kitchen walls. (Well, we had one in our house, anyway.)

Yep, things have sure changed in the past few decades, but one classic tech gadget has stayed impressively the same: Hewlett-Packard’s best-selling 12c financial calculator, which first went on sale 30 years ago and has remained in stores ever since.

That’s a pretty remarkable statement—especially considering that HP is the very company that just killed off its new TouchPad tablet barely a month after it landed in stores.

Armed with a one-line, 10-character screen and a bunch of keys that … well, do things I know nothing about (hey, I was an English major), the 12c “revolutionized financial calculations” thanks to its “breakthrough landscape layout,” according to HP. (I’ll take their word for it.)

If you want to own a piece of history, you can get a 30th anniversary “limited edition” of the iconic calculator for $80.