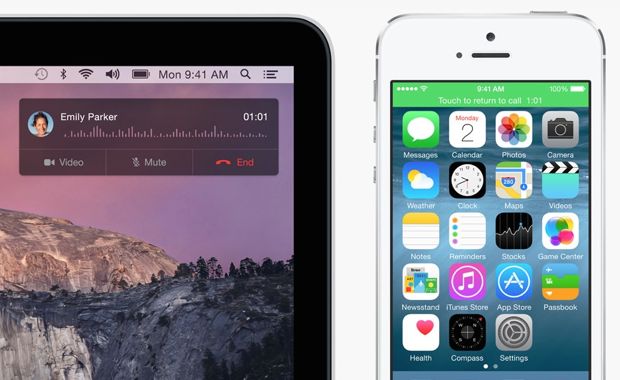 Coming this fall to your iPhone or iPad: another new version of iOS, complete with features like a “Tap to Talk” button for group text messages and a keyboard that’ll guess your next word before you’ve even started typing it.

Read on for eight new iOS 8 features that caught my eye, from the ability to answer iPhone calls on your iPad (neat!) to the kid-friendly “Ask to Buy” button for the iTunes store.

At a glance: Apple’s iOS 8 update for iPhone, iPad, and iPod Touch is slated to arrive this fall—and yes, it’s free. For all the details, check out Apple.com.

Setting up iCloud for a family has always been a major pain, with family members who want to share calendars, contacts, music and videos essentially having to sign in to multiple iCloud accounts, often as each other. Not great. 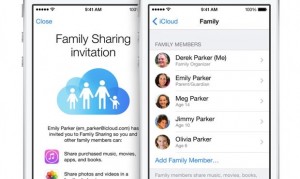 At last: an easier way for family members to share iTunes wares through iCloud.

Also included are a couple of kid-friendly features: first, the ability to track your kid’s iPhones and iPads, plus a new “Ask to Buy” button that’ll let your little ones run any iTunes or app purchases by you before your credit card gets charged. Nice.

Ever been working on an email on your iPhone that you wanted to finish off on your iPad—or your Mac, for that matter? Sure, you can do it right now by saving an email to Drafts on one device and plucking it out of the Drafts folder on another, but get ready for an easier way.

Handoff is a new iOS-slash-Mac feature that’ll let, say, your nearby iPad know what your iPhone is up to—anything from composing an email to reading a webpage on Safari.

Want to finish that iPhone email on your iPad? Just go to your iPad, and in the corner of the lock screen you’ll see a Handoff button that says (for example) “Mail”; just swipe up on the button, and you’ll instantly see the message your were composing on your iPhone.

3. Answer iPhone calls on your Mac or iPad

Is your iPhone ringing in your bedroom while you’re working in the den on your MacBook or your iPad? No need to drop everything and dash to take the call.

With iOS 8 and the OS X “Yosemite,” your Mac or iPad can display the name and picture of the caller in a little alert banner in the corner of the screen—and yes, you’ll even be able to take the call in speakerphone mode. Love it.

You can already send group texts or iMessages under iOS 7, but the next big version of iOS will bring some much-needed improvements: specifically, the ability to silence a group thread with a new “Do Not Disturb” switch, as well as a “Leave conversation” button.

Send quick voice memos to pals in group messages with the iOS 8 “Tap to Talk” button.

You’ll also be able to name your own group threads—yes, something better than “Susan, Ben & Claire”—as well as send quick voice memos, photos or videos to the group by tapping and holding a button (“Tap to Talk,” in the case of voice clips).

And unless you specify otherwise, photos, voice memos and video clips that you share will be deleted automatically to conserve storage space.

Here’s perhaps my favorite new group messaging feature: the ability to see all the photos you’ve shared in the thread in a single place (by tapping the “Details” button), saving you the trouble of sifting through a lengthy conversation for snapshots.

I’ve long groused that Apple didn’t allow custom keyboard for iOS like Android does for Google—and up until now, that meant iPhone and iPad users missed out on apps like Swype, which let you “type” on the keyboard with long, looping swipes rather than scores of annoying little taps.

Well, it seems Apple finally got the message. Starting with iOS 8, third-party developers will finally be able to tap into the iOS keyboard, meaning that Swype and the like will (very likely) be coming soon to an iPhone or iPad near you.

Not quite ready to make the leaping to typing with a swipe? Well, you still might get a kick out of QuickType, a new “predictive” typing feature that pops up little buttons above the keyboard with suggestions for your next word—not just the current word you’re (mis-)typing. 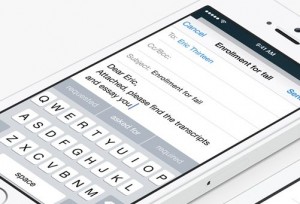 The new QuickType keyboard for iOS will (supposedly) guess your next word before you’ve even typed it.

For example, type “Want to schedule a” in a message to your boss, and QuickType might chime in with a “meeting” button before you’ve even begun to type the word.

Looks like Apple is finally getting serious about turning iCloud into a full-on file-sharing app to compete with the likes of Dropbox and Google Drive.

Slated to arrive with the upcoming new version of OS X for Mac (dubbed “Yosemite”) iCloud Drive will let you drag, drop, and share just about any file you want with any of your iCloud-connected iPhones, iPods, and Macs—yes, just like Dropbox and Google Drive.

But unlike those two (very popular) file-sharing apps, iCloud Drive will be easily accessible within and throughout iOS 8—meaning, for example, you’ll be able to easily open a Word app saved in your iCloud Drive with, say, an iOS word processing app, or the main iOS Mail app.

You know those little banners that pop up on your iPhone or iPad—you know, the notifications that alert you to recent text and email messages, or of upcoming calendar events?

Tap a banner in iOS 7, and it’ll merely take you to, say, the Messages or Mail apps.

In iOS 8, though, those notifications will (in some cases) let you take action within the actual alert—meaning, for example, that you’ll be able to reply to a text message inside the actual banner, no app-switching required.

(And yes, such “interactive” notifications will be old news to anyone with a newer Android phone.)