Nope, no iPhone 5 yet, but new iPhone features on the way 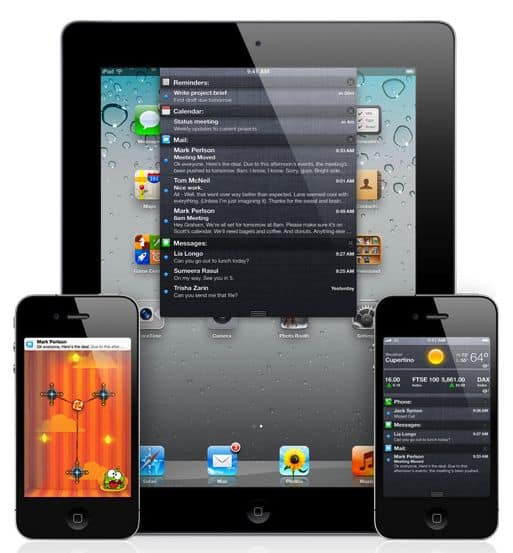 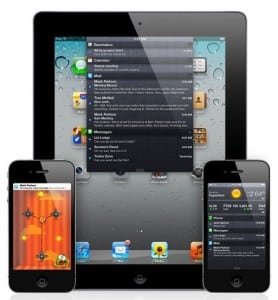 Kiss the iPhone's annoying pop-up alerts goodbye thanks to the new, improved notifications in iOS 5.

Sorry, folks: Apple didn’t have any new iPhones to show off at its big software event Monday. That said, the software that powers the iPhone, iPad, and iPod Touch is due for a major overhaul, including a new feature that makes it easier to use an iPhone without ever dealing with a PC or Mac.

Update: Click here for the scoop on the new iPhone 4S!

Among the more than 200 features packed into iOS 5 is a new, improved alerts system for notifying iPhone and iPad users of incoming e-mail, texts messages, and calendar alarms.

The current, relatively clumsy system flashes a jarring pop-up on the screen that interrupts whatever you happen to be doing. In iOS 5, however, iPhone and iPad alerts will appear in a more subtle way—along the top of the screen, where they can be easily tapped or ignored without bringing everything to a screeching halt. (Indicentally, the new notifications system just so happens to look an awful lot like those currently used in Android phones and HP’s WebOS handsets.)

iOS 5 will also make it easier to tweet out web pages and photos, while another new feature will quickly reformat lengthy web pages for easier reading. (That’s a feature that probably doesn’t sit well with the makers of Readability, a popular mobile app that does pretty much the same thing.) 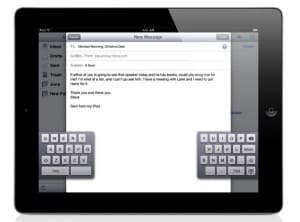 If you're all thumbs when it comes to typing on the iPad, the split keypad in iOS 5 is just for you.

iPad users, meanwhile, will get the option of a split keyboard—perfect for anyone who prefers typing with their thumbs, while newspaper and magazine readers will be able to shop at Newsstand, a new digital storefront similar to the existing iBookstore.

Even better, though, are the new iOS 5 features that will help cut the iPhone, iPad, and iPod Touch free from your PC or Mac. With the new update installed, your iPhone will (at last) be able to sync wirelessly with your desktop of laptop—no more need to dig up the USB sync cable that came in your iPhone box.

You’ll also be able to activate an iOS device without first syncing it to a PC or Mac, while future iOS software updates will be available via direct download—so in other words, you’ll be able to buy an iPhone and use it without ever touching a computer, if you wish. 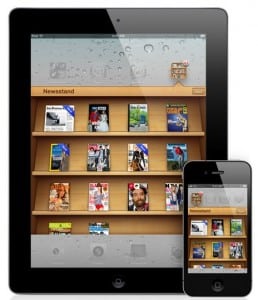 iPhone and iPad users will soon be able to shop for magazines and newspapers at the iOS Newsstand.

The new “PC free” features in iOS 5 should dovetail nicely with Apple’s just-announced iCloud service, which will sync photos, music, calendars, contacts, and backup data with all your other Mac devices—no wires needed.

All very nice, but as expected … Apple didn’t have a new iPhone to show off Monday, which breaks the recent tradition of new iPhone announcements at Apple’s summertime Worldwide Developer Conference keynotes.

The prevailing wisdom is that a new iPhone “4S” with more horsepower but essentially the same design will arrive this fall—right around the time that iOS 5 and iCloud make their respective debuts.