8 new iOS 7 features that are worth the update 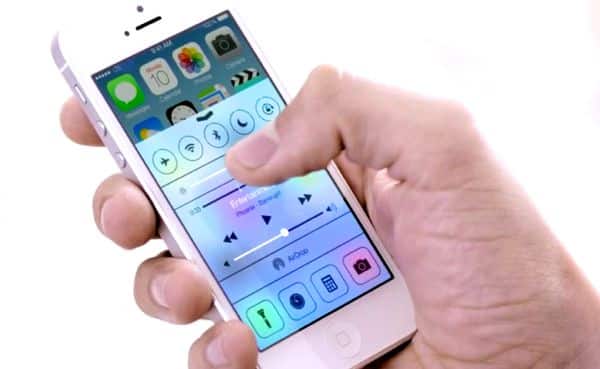 The latest version of iOS (the software that powers the iPhone, iPad, and iPod Touch) will be available for free starting September 18, and Apple is busy crowing about such features as camera filters, iTunes Radio, and—biggest of all—its radical new design.

Related: 5 dos and don’ts before updating to iOS 7

Buried beneath the hoopla, though, is a series of handy features and enhancements that many of us will keep on using long after the thrill (or not) of sepia-tinged camera filters and free streaming music has worn off.

Read on for 8 new features that’ll make you glad you installed (eventually, anyway) iOS 7, starting with…

Note: I’ll be posting tutorials for most of the following features once Apple makes iOS 7 available for download.

Love the crystal-clear audio quality of FaceTime video chat, but don’t feel the need to actually see the person you’re talking to? With the arrival of iOS 7, FaceTime will let you make audio-only calls, perfect for making distortion-free voice calls without worrying how your hair looks.

Begone, red badge on the App Store icon. With iOS 7, all your apps will update silently and automatically, no tapping required. Hallelujah.

Up until now, app folders on the iPhone home screen have been restricted to just  12 apps. Once you install iOS 7, though, app folders will be able to contain more than 100 apps, which you can swipe though with your fingertips.

5. Do Not Disturb will silence your iPhone/iPad while you’re using it

The “Do Not Disturb” mode that made its debut with last year’s iOS 6 update would only silence incoming calls, alerts and notifications when your iOS device was locked. The iOS 7 version of Do Not Disturb, however, gives you the option of muzzling calls and notifications even when your iPhone or iPad is unlocked and in use, perfect for watching movies, playing Candy Crush, or reading a Kindle book without annoying banners or buzzes whenever a text message arrives.

Here’s a clever iOS 7 feature that’ll make thieves think twice before swiping your iPhone. Once you enable “Activation Lock,” your lost iPhone will required your iCloud password before it can be reactivated—essentially turning your handset into a paperweight if it falls into the wrong hands. Here’s how…

7. Find out which apps are the biggest data hogs

At last, iOS 7 will let you find out which apps are taking the biggest chunk out of your monthly mobile data allowance, and you’ll even be able to shut off cellular data use for specific apps. Long overdue. Here’s how…

8. Turn the camera flash into a flashlight, anytime

Sure, the Apple App Store is already littered with flashlight apps, but none that’ll let you turn the camera flash into a flashlight directly from the iPhone lock screen. Enter iOS 7’s Control Center, which lets you pull up a panel of controls—everything from Airplane mode and Bluetooth to screen brightness and, yes, a flashlight button—by swiping up from the bottom of the display, even from the lock screen.

iOS 7 for iPhone is slated to arrive September 18, and you’ll be able to update your device by tapping Settings, System Update. Click here for 10 things you should know about iOS, including why you shouldn’t install iOS 7 on Day One.

Got questions? Post ’em below, or send me an email.