iPhone/iPad tip: 5 dos and don’ts before updating to iOS 7 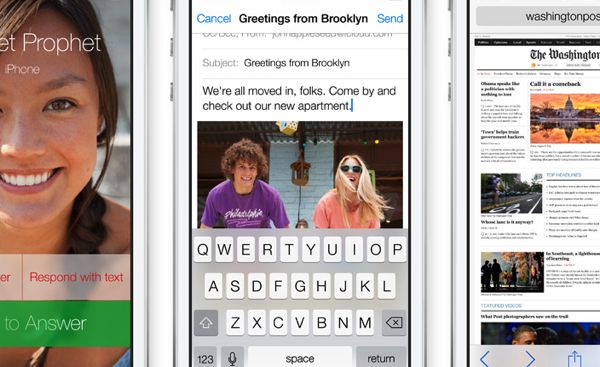 Yep, yet another new version of the iOS software that powers the iPhone, iPad, and other iOS devices has just arrived, and this year, the key word is “different”—as in way different.

Not only does iOS 7 bring with it the usual barrage of new features (including Instagram-like camera filters, wireless file sharing, and free music via “iTunes Radio”), it also boasts a brand-new look—so new, in fact, that you might not recognize your old iPhone or iPad once you upgrade.

While tech fanatics may be champing at the bit to install the new iOS on their old devices, the rest of us might want to think twice before immediately taking the iOS 7 plunge—especially given the fact that once you update your iPhone or iPad, there’s no (easy) way to go back.

Note: If you really want to go ahead and update your iOS device to iOS 7, tap Settings, General, Software Update. If you get a message that reads “Your software is up to date,” it could be that Apple hasn’t quite pushed the update (slated to arrive Wednesday, Sept. 18) to its servers yet; just try again a little later in the day.

Here’s five things to do—or not do, as the case may be—before updating to iOS 7, starting with…

1. Don’t upgrade on Day One 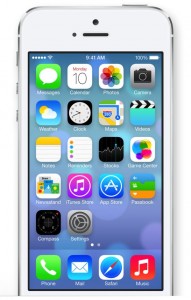 Yep, iOS 7′s new design is pretty different—so different, in fact, that you should probably wait to upgrade until you’ve given it a thorough look.

In the meantime, though, users who made an early jump to iOS 7 learned the hard way that you can’t go back to an older version of iOS without jailbreaking (or, essentially, hacking) your iPhone/iPad/iPod Touch first—and once you do that, don’t expect much in the way of help or support from Apple.

Now, that’s not to say that iOS 7 will drop an Apple Maps-sized stink bomb on unsuspecting iPhone upgraders, but “once bitten, twice shy” is probably a smart attitude when it comes to iOS upgrades—particularly given the top-to-bottom, love-it-or-hate-it interface revamp that’s coming in iOS 7.

That’s why it’s important to know that there’s no need to upgrade your iPhone the moment that little red alert badge on the Settings icon starts nagging you.

As I’ve written in a previous post, you can safely wait days, weeks, or even months before updating to iOS 7, all the better to a) wait and see if any critical bugs plague unfortunate early adopters, and b) decide whether iOS 7’s new, flatter look is for you.

2. Do check to see whether your iPhone/iPad/iPod Touch will actually support iOS 7

Of course, it’s entirely possible you’ll be spared the decision of when (and even if) to upgrade your iDevice to iOS 7. Why? Because some older iPhone, iPad, and iPod Touch models simply don’t have the horsepower to support the latest iOS version.

Meanwhile, only the latest iPod Touch model (specifically, the fifth-generation Touch) can make the leap to iOS 7.

Finally, all iPad versions save the very first iPad are iOS 7-ready.

3. Don’t upgrade to iOS 7 before backing up first

Yes, things can go wrong while attempting to update iOS on your iPhone, iPad, or iPod Touch—and if you’re unlucky enough to hit a speed bump, you’ll feel a whole lot better knowing that your contacts, message, photos, apps, and other data are safely backed up.

There are two ways to back up your iDevice: using iTunes on your PC or Mac (if you still sync your iPhone, iPad or iPod Touch with iTunes), or “over the air” using iCloud (assuming, of course, that you have an iCloud account).

Now, If anything goes wrong during the iOS 7 upgrading process, you can restore your iDevice and all its data. (Click here for instructions using iTunes, or here for help with restoring from iCloud Backup.)

4. Do update your apps

If you haven’t updated your iPhone or iPad apps in awhile, now’s the time. App developers have been busy pushing out updates to their various apps to make them compatible with iOS 7, and while I doubt anything all that bad would happen if you waited to update your apps, better safe than sorry.

5. Do plug your device into its charger before updating

Updating your iPhone, iPad, or iPod Touch is a simple matter of tapping General, Software Update from the Settings menu, and then tapping the Download and Install button.

Your device will download the update wirelessly, and all you have to do is sit back and wait.

Here’s the thing, though: the iOS update process can be a lengthy one—as in up to an hour or even longer—and the last thing you want is your iDevice’s battery konking out halfway through the installation.

That’s why it’s essential to plug your iPhone, iPad, or iPod Touch into its charger before you start downloading and installing the update.

Still have questions—or having problems with the iOS 7 update process? Post ’em in the comments, or send me an email.