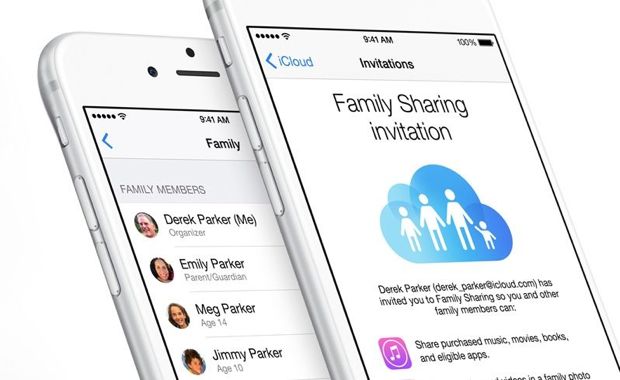 The next big version of iOS, the software that powers the iPhone and iPad, is set for release this week—and indeed, if you’re reading this after Wednesday at 10 a.m. Pacific time, it’s probably already available for download.

Most new version of iOS come packed with enticing new features, and iOS 8 is no exception. At last, families will be able to share iCloud accounts, while the new “Handoff” feature will let you stop what you’re doing on your iPhone and pick up right where you left off on your iPad.

Meanwhile, “Tap to Talk” voice memos are coming to the iOS Messages app, while the iOS keyboard is getting a nifty “predictive” typing feature called QuickType.

Pretty neat, right? And that’s just the tip of the iOS 8 iceberg.

But before you tap the “Update” button on your iPhone or iPad, here’s one piece of advice—and yes, it’s the same advice I give every time a big new version of iOS arrives.

Wait a day, wait a week … heck, wait a month if you can stand it.

Why wait, you ask? Three reasons come to mind.

1. Everyone else will be trying to update their iPhones and iPads, too

Apple usually releases new versions of iOS at about 10 a.m. Pacific time on launch day, which this year is Wednesday, September 17.

When the magic hour arrives, it’ll be like a starting gun going off, with millions of eager iPhone and iPad owners crowded at the starting line.

So, what’ll happen? You guessed it: gridlock. Because of the crush of traffic, downloads that normally take minutes could take hours, and Apple’s swamped servers may fail to activate the update once it’s installed.

Do yourself a favor and wait at least a day or so to avoid the inevitable traffic jam.

After a year of use, iOS 7 is relatively stable; indeed, I can’t remember the last time my iPhone crashed or that a feature did something unexpected.

Don’t want to be a guinea pig? Then wait awhile—I’d say at least a week or so—until we get a clear sense of whether iOS 8 is infested with any show-stopping glitches.

3. There might be changes in iOS 8 that you absolutely hate

Granted, the changes coming in iOS 8 don’t really compare to last year’s iOS 7 update—you know, the one that changed just about everything about how iOS looks and feels.

Still, there’s always a few surprises in store with new versions of iOS, from the new (and, initially at least, much despised) Maps app in iOS 6 to the new way to delete messages from the Mail inbox in iOS 7.

Inevitably, all the changes lead to a chorus of readers asking me how to downgrade their iPhones and iPads to a previous version of iOS. The answer? Can’t be done, at least not without jailbreaking your device first.

So again, if you’ve finally figured out your iPhone or iPad and you’re not eager for change, you might as well bide your time—because once you update, there’s no (easy) going back.

Note: As usual, I’ll be ignoring my own advice and installing iOS 8 right away on my iPhone and iPad, because a) it’s my job, and b) I can let you know what’s working in iOS 8 and what isn’t. Got questions? Feel free to post ’em in the comments or drop me a line.